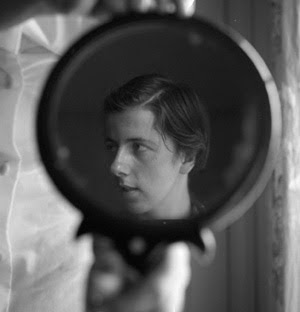 I have some information to share about Vivian Maier. I met with two of the people Vivian was a nanny for in the 1950's and early 1960's today. They gave me some information that contradicts what I heard from other sources (this source is accurate). But, all in all, she is still somewhat of a mystery, even to them.

Vivian came here from France in the early 1930's and worked in a sweat shop in New York when she was about 11 or 12. She was not Jewish but a Catholic, or as they said, an anti-Catholic. She was a Socialist, a Feminist, a movie critic, and a tell-it-like-it-is type of person. She learned English by going to theaters, which she loved. She wore a men's jacket, men's shoes and a large hat most of the time. She was constantly taking pictures, which she didn't show anyone.

I have many very interesting stories and peculiar facts about Vivian but, I'll wait to share them in the book. If all goes well, I'll share the specifics shortly.
Posted by John Maloof at 5:12 PM 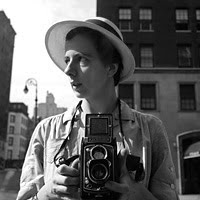